It is very common for Filipino parents to be somehow involved in the personal life of their children. Most of the time, they tend to be super protective to them and even want to be the one choosing their child’s partner in life.

Sometimes our parents believe that their knowledge and personal experiences in handling such situations is strong enough to share their wisdom to their children, but they’re only doing this because they want nothing but the best for us.

While we cannot blame them for doing this and as much as possible would want to obey all their orders, there will be times where we will follow our heart and will pursue what we believe is the right thing to do.

As a result, some people end up not in good terms with their parents, while there are also some couples whose relationship eventually ended because of their family’s interference.

This is also what happened to these Pinoy celebrity couples whose relationship didn’t receive approval from their parents. Heart Evangelista and her former boyfriend, actor Jericho Rosales broke up in 2008. Based on the story of the actress, her parents did not approve of their relationship because he already had a child from a previous relationship.

Despite that, she fought for their relationship and have not talked to her parents for more than three years. The actress also mentioned the reason for their split up is because her parents made her believe that the actor cheated on her.

After their separation, there was a time when Jericho wanted to speak with her so he could explain himself but her parents prevented it from happening. Former celebrity couple Jasmine Curtis-Smith and Sam Concepcion dated for almost three years. When the news about their separation surfaced,there were speculations that Jasmine’s sister, Anne Curtis was involved with their breakup.

According to a previous report of PEP.ph, Anne and Sam met at an event in Makati in 2014, wherein a confrontation between them happened. It was reported by a source that Anne had shouted at Sam during that time. Entertainment columnist Lolit Solis has revealed the truth behind the past relationship of Kris Aquino and Gabby Concepcion. She said that the two never received approval from the actress mother, the late former President Corazon Aquino.

At the time, Kris managed to escape and see Gabby by creating excuses like she had a taping. Meanwhile, her mother, Mommy Cory, made use of her power by utilizing the Security Group to watch over her daughter. Another controversial relationship where Kris Aquiono’s name was involved was her relationship with former husband, PBA player James Yap. But this time, it was Yap’s parents who had doubts about their son’s marriage with the former President’s daughter.

James’ mother, Ms. Annie Yap, said in an interview with PEP.ph that she is not really in favor of James and Kris because of their different state of life. 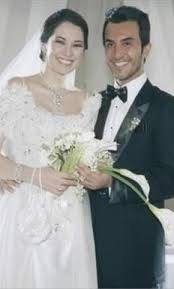 Ruffa Gutierrez shocked the country as she confirmed that her four years of marriage to Turkish businessman Yilmaz Bektas is over. The former couple was blessed with two lovely daughters Lorin and Venice. Even before they tied the knot way back in 2003, their relationship was strongly opposed by the actress-beauty queen mother, Anabelle Rama. In 1984, Sharon Cuneta and fellow celebrity, actor Gabby Concepcion had their secret civil marriage, which was disapproved by the Megastar’s parents. Based on the reports, there were rumors that when Sharon’s parents learned about it, her mother, Elaine Gamboa decided not to talk with her while her father, Pablo Cuneta went on a hunger strike. Popstar Royalty Sarah Geronimo’s mother was known to be super strict and protective, especially when it comes to her daughter’s love life.

It was also not a secret to the public that Sarah’s parents were not in favor of the singer-actress previous relationship with actor Rayver Cruz. Based on the reports, the former boyfriend of their daughter was only able to talk to her through text messages and Skype. Their love story was said to be Sarah’s alleged first real heartbreak.