When you’re part of the showbiz industry working as one of their celebrities or entertainers, most of the time you will be in front of the cameras. Your face and body will be seen by the people on their TV screens, billboards, and even magazines. That is also the reason why it’s somehow a must for them to look good all the time.

As a fan, let’s also admit the fact that we find our favorite celebs more attractive when they have an almost perfect-looking face and body as we admire them not only for their talents but also for their appearance.

Due to this norm, celebrities who were not gifted with natural beauty tend to resort to other options in changing the way they look — via plastic surgery.

But while the majority of them decided to keep quiet about it. There are also a few brave hearts who have no problems admitting that they underwent cosmetic surgery to enhance their appearance. 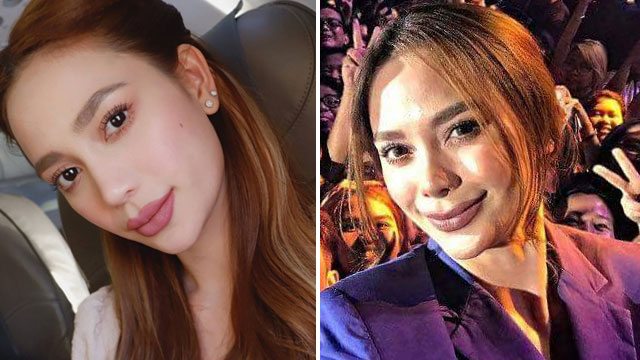 Arci has admitted that she had something done on her face, the surgery happened after she banged her head on a microphone during a gig of her ex-boyfriend in 2014.

Just recently, many people once again noticed that her nose and lips seem to have gone through another enhancement. But the 31-year-old Kapamilya actress has repeatedly stated that she finds nothing wrong with plastic surgery. 30-year-old Kapamilya singer-actress Angeline Quinto admitted to having a nose job, double eyelids, botox, cheek fillers, and liposuction on her back and arms in 2013. Prominent Kapamilya comedian “Unkabogable Star” Vice Ganda revealed undergoing and having cosmetic surgeries. According to him, he received botox and underwent a hip enhancement surgery. “Kadenang Ginto” star Beauty Gonzales decided to enhance her looks by reducing the fats on her arms, chin, and jawline through liposuction. Former Pinoy Big Brother: 737 housemate Miho Nishida surprised the netizens when she showed off her new look after undergoing surgeries. She admitted in an interview that she underwent cosmetic surgery to improve her looks and to have more confidence. 50-year-old celebrity mom Gretchen Barretto who is known for her ageless beauty and slim figure admitted that she had some lip enhancement through fillers. She did this to make her lips look poutier and more attractive. The beautiful wife of boxing sensation Manny Pacquiao. Jinkee decided to lose weight by working out and going on a diet. However, she also revealed that she underwent liposuction. In 2011, Christopher De Leon admitted that he gets a little help from the famous Dr. Vicky Belo to maintain his youthful look. The veteran actor who is now in his 60s had several cosmetic procedures such as his eye bags removed, laser blepharoplasty, and had a non-invasive facelift. “Asia’s Nightingale” Lani Misalucha proudly shared that she had her teeth, nose, and chin fixed. She did this as she wants to look more confident while singing in front of the camera. The whole country went crazy when Xander Ford, formerly known as Marlou Arizala, was introduced to the public after his cosmetic surgery. Xander is a social media personality and a former member of the group Hasht5, a boy band parody whose videos became popular in 2015, his transformation gained widespread attention in 2017, and was shown through the program “Rated K.”