23-year-old Filipina-Moroccan Kapamilya actress Ivana Alawi can easily turn heads with her captivating beauty. That is also why it’s not surprising to know that with only a short period of time she already gained millions of followers online, which made her one of the most followed Pinay celebrities today.

But what her fans and followers admire about this young Kapamilya star is her great personality and endearing relationship with her mother and siblings. This was shown in her vlogs where most of the time her mother, Mommy Fatima, younger sister Mona, and even their elder brother are actively participating in her videos doing pranks and other challenges.

Ivana is second to the youngest of four siblings born to a Filipino mother, Fatima Marbella, and a foreigner father, Samier Al-Alawi. She grew up in Bahrain together with her two elder siblings. Before she gained fame, Ivana first appeared as supporting cast in the afternoon drama Precious Hearts Romances Presents: Araw Gabi, where she played the role of Rina, the alluring friend of Mich, portrayed by Barbie Imperial.

She then portrayed the role of Madonna, girlfriend of the late Eddie Garcia’s character Gustavo in the primetime series FPJ’s Ang Probinsyano. The fast-rising actress got her first major role in April last year when she was given the role of the goal-driven champion debater and lawyer Lolita del Rio in Sino Ang Maysala? Mea Culpa.

But now that her career is in full swing, Ivana can only thank the person who has been by her side since day 1, her ultimate supporter —her mommy Fatima.

In a previous interview on the morning talk show Magandang Buhay, Ivana shared some of the difficult challenges that she and her family experienced in the past. From her childhood life in Bahrain to her parents’ separation and the time they settled in the Philippines to start a new life. According to the actress, they even reached a point where they would only eat rice with soy sauce. That’s why she decided to become a commercial model, and also join some reality talent contests, including Pinoy Big Brother and StarStruck, but both failed during auditions. 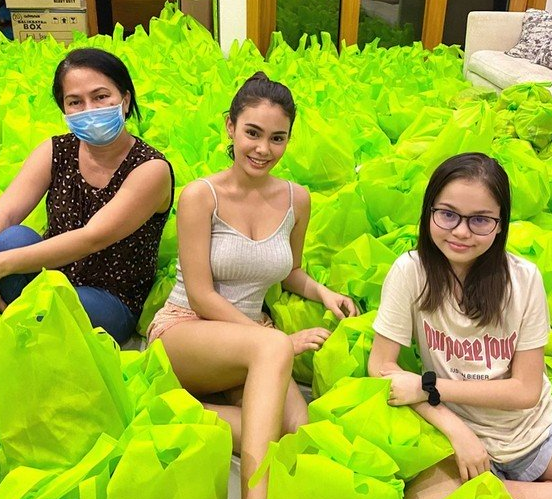 Despite numerous failures, her mommy Fatima still believed in her potential. She reached out to several talent managers and would send them her close up and full body photos. Luckily, a talent manager from ABS-CBN, Perry Linsagan got interested and asked to meet her in person. In their first meeting, Ivana directly told the talent manager that the career path that she prefers is doing sexy roles. This paved her way to become part of her first series in 2018, Araw Gabi, starring Barbie Imperial and JM de Guzman.