24-year-old Kapamilya actor Daniel Padilla admitted in his previous interview with the King of Talk Boy Abunda that despite growing up without his father, actor Rommel Padilla’s presence, this doesn’t affect their relationship as a father and son. 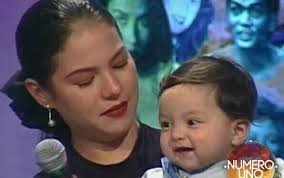 The young actor who was raised alone by his loving and supportive mother, “Magandang Buhay” host momshie Karla Estrada, witnessed all the sacrifices that his mom endured in the past, doubling her duties as mother and father not only to him but also to his other siblings.

This took place when he guested on the late-night talk show “Tonight With Boy Abunda” or TWBA last year, where he was asked by the host to share about the importance of gratitude in his life. The “King of Hearts” then explained that he considers on the top of the list of the people he is thankful for was no other than his mother. Given the chance, he is willing to give his mom the world just to repay her for everything she’s done for their family. Sharing more about his relationship with his father, the young actor clarified that even though his parents got separated, which resulted in him growing up with the less physical presence of a father by his side. Despite their family setup, he never had any grudge or hatred against his father since he made efforts to reach out to him on a regular basis and even just through phone calls.

He also talked about the effect of this on his acting career, saying that as a son who never knew how it feels to resent his own father. Daniel admitted having challenges to act that kind of role in acting scenes. 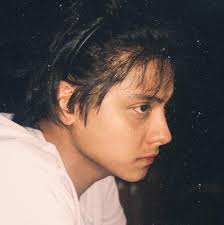 Daniel also talked about his grandmother as they’ve been trying to convince her for a long time to live with them here in Manila, but she always refuses since his Lola wouldn’t want to ditch her simple life in Tacloban. As the eldest child in their family, Daniel considered himself as “the man of the house,” or the one who was assigned to take care of his family, their safety and other things.

In the same interview, the young actor also talks about his mom’s non-showbiz boyfriend, Jam Ignacio. Daniel shared that he already met Jam, as he was formally introduced to them by her mom. He even commended Jam in his effort to reach out to him and his siblings.