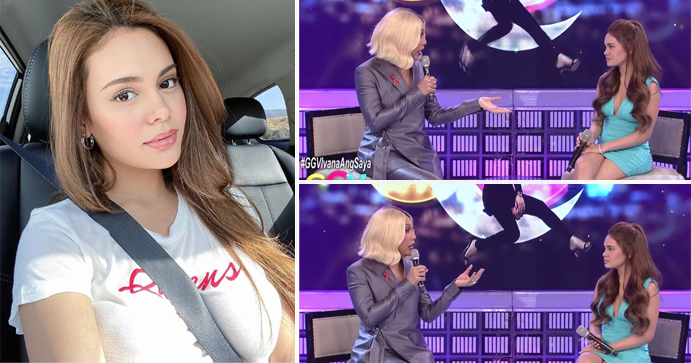 23-year-old Kapamilya star Ivana Alawi confirmed in her recent TV guesting on Gandang Gabi Vice (GGV) that her Moroccan father left her an inheritance after he passed away. The actress-model and YouTuber, who is a half-Filipino and half-Moroccan, shared with Vice Ganda that all the inheritance of her late father was put under her name. Ivana has three other siblings, one of them is Mona Alawi, also known by her stage name Mona Louise Rey, who is signed as a talent under the Kapuso network. She is already 15 years old and is known as the youngest sister of Ivana. Meanwhile, her two other siblings chose not to be part of the same industry. In the interview, the “Unkabogable” host asked Ivana if it’s true that she is rich because she is the heiress of her Moroccan father. Aside from this, many viewers were also given the chance to know more about Ivana like her educational background. It was revealed in the show that she finished culinary school at Global Academy Culinary School. When asked why she chose to take this course, the Kapamilya actress said:

After recently signing as an official Kapamilya artist, Ivana is now set to star in her first-ever lead role in a teleserye With Kit Thompson. This upcoming series, “Ang Lihim ni Ligaya,” will be produced under Dreamscape Entertainment.