The 4-year-old beautiful daughter of celebrity couple Marian Rivera and Dingdong Dantes has officially joined the limelight recently after she was announced as the newest and cutest endorser of the homegrown retail brand Bench. It was last December 27 when Maria Letizia Dantes or simply Zia was introduced to be the brand muse of “Babylicious” fragrance from their Baby Bench line. Bench founder Ben Chan shared a photo of Zia on his account “@bcbench.”


“Say hello to the newest and most Babylicious #BabyBench, Zia Dantes ? #BENCHEveryday,” he wrote. Many netizens were stunned seeing the little girl in her campaign photo posing like a pro, even the renowned photographer Mark Nicdao was also amazed by the outcome of Zia’s Bench photoshoot.

Checking Mark’s most recent post on his IG account, Mark said: “Photographed Zia for her newest scent for Benchtm she brought some magical moments in the set.” 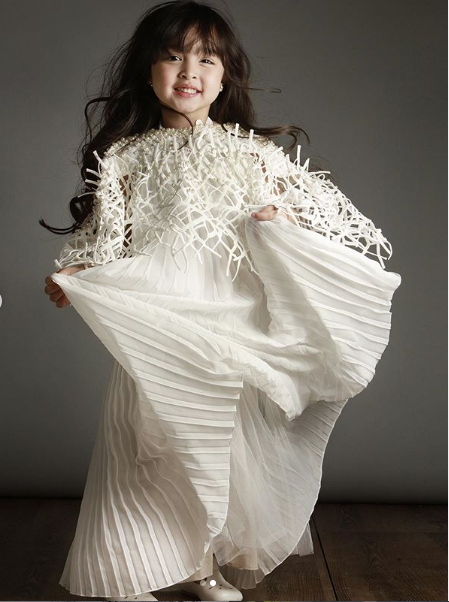 Last Tuesday, January 7, a clip of Zia’s photoshoot were posted by Bench (@benchtm) on their official Instagram account. The video shows the behind the scenes footage of the photoshoot of this super adorable 4-year-old daughter of Marian and Dingdong.


The video has a caption: “Our #BabyBench princess has arrived ?”

“Let Zia Dantes bring you glittery dreams and more with Baby Bench Babylicious EDT (P298) out online and in all BENCH/ stores nationwide.” The Kapuso celebrity couple welcomed their first child Maria Letizia Dantes on November 23, 2015, she also has a brother named Baby Ziggy who was born on April 16, 2019.


Zia turned 4 last November 23, and her celebrity parents hosted a double celebration for their daughter’s birthday. She first had a unicorn-themed party with special appearances from Disney Princesses such as Belle from Beauty and the Beast, Aurora from Sleeping Beauty, and Snow White. Followed by another fun and colorful Barbie-themed party held at a restaurant in Pasig City.