Right after the 25-year-old comedienne-actress Kiray Celis introduced her non-showbiz boyfriend on her Instagram account, she once again brought “kilig” to her followers as she proudly showed off the sweet gesture of her non-showbiz named Stephan Estopia. 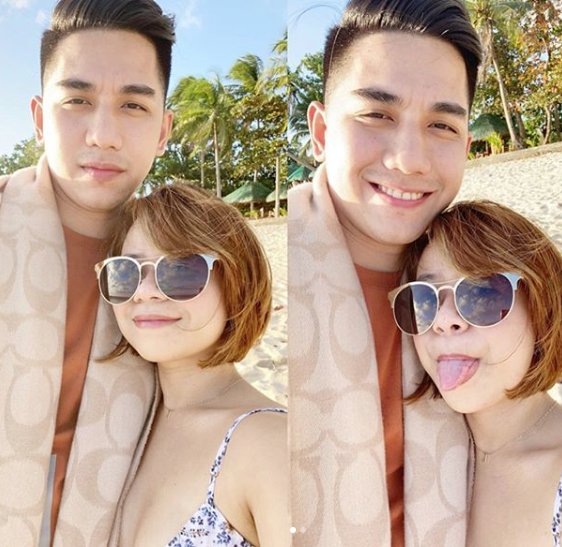 Last Sunday, January 12, the Kapuso star shared a photo on her account showing that her boyfriend made their photo his mobile phone’s wallpaper, same goes with Stephan’s wallet that contains two photos of Kiray, a more recent one and a photo that was taken when she was still a child. Kiray is beaming with pride as she wrote.

Meanwhile, it was also shown through an Instagram post of the Kapuso actress’ non-showbiz boyfriend that they already marked their first month of togetherness recently. Stephan shared their cozy photo along with a post monthsary greeting for his girlfriend, whom he calls “mommy,” last Tuesday, January 14, (published as is):

“Thank you for making me feel loved and special. I love you very much mommy [heart emojis] happy monthsary [kissing emojis]” It will be recalled that it was in December last year when Kiray began sharing posts with this guy, she also included captions on their photos which gave some hints to the netizens about the current status of her love life.


However, it was only last January 8 when Kiray finally confirmed that she is in a new relationship, this happened during the grand press conference of the comedy movie “D’ Ninang’s” During the interview, Kiray revealed that she has known her boyfriend for such a long time because Stephan was her sibling’s best friend. She also described him as someone who is “super mabait” and “sobrang marespeto.”