There’s no doubt that the 64-year-old veteran actor Edu Manzano is one of the most handsome faces in show business, during his younger years. He was part of ABS-CBN’s roster of contract actors until he took a leave in order to run in the 2010 elections as vice president of the Philippines. Edu eventually lost his bid to Makati City Mayor Jejomar Binay. After this, he signed a contract with GMA Network where he hosted the pre-noontime game show “Asar Talo Lahat Panalo!” and two more game/talent shows in 2011. He also hosted programs such as Family Feud: The Showdown Edition, TV5’s Game N Go and Good Morning Club.

Last year, Edu returned in ABS-CBN and in the acting scene through his villain role as Vice President Lucas Cabrera on FPJ’s Ang Probinsyano. But whenever we talked about Edu, the next person that will automatically come to our mind is his equally famous and handsome eldest son, Luis “Lucky” Manzano, who is also known as one of the household names among the Kapamilya stars. Aside from Luis, the 64-year-old actor turned politician has two other children namely Amanda “Addie” Danielle Manzano, and Lorenzo “Enzo” Eduardo Manzano who are also good-looking like their celebrity father and brother. Despite the fact that they didn’t join showbiz, many were still captivated by the charm of her only daughter Addie, who is currently based in New York City. Addie got her good looks from his meztiso father and her beautiful mom Rina Samson, a former model.

Earlier this year, Addie was featured in the morning talk show “Magandang Buhay” spilling some trivia about her celebrity dad through a recorded video. She first revealed that Edu is very fluent in Spanish.

“Sometimes he just goes on and on, I have no idea what he’s saying anymore,”


Another trivia that she spilled about her dad is that he has a memory of an elephant because he has thousands of friends and will remember all of them. Addie explained,

“He says hi to someone, when we’re walking at the mall, every five seconds.” In 2014, Edu’s only daughter became an endorser of a whitening lotion, along with Gretchen Barretto’s “little one” Dominique Cojuangco and the late actor Miguel Rodriguez’s daughter Sam Rodriguez. 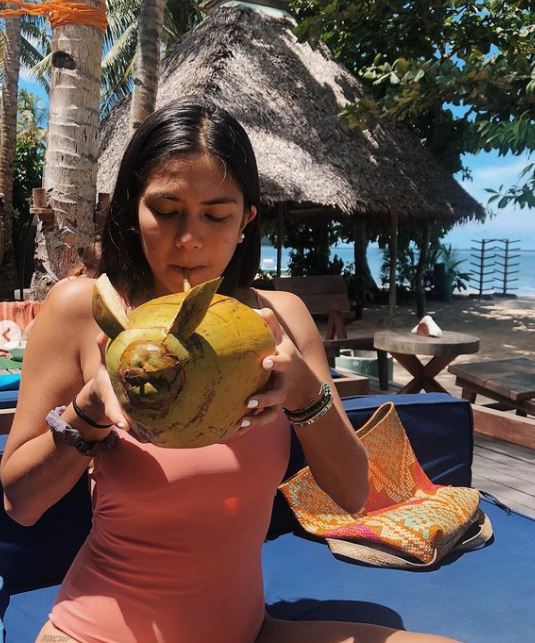 She has also done some modeling stint in the past, and had a glimpse of the limelight when she became the host for ABS-CBN’s sports series UPFRONT at UAAP in 2016.