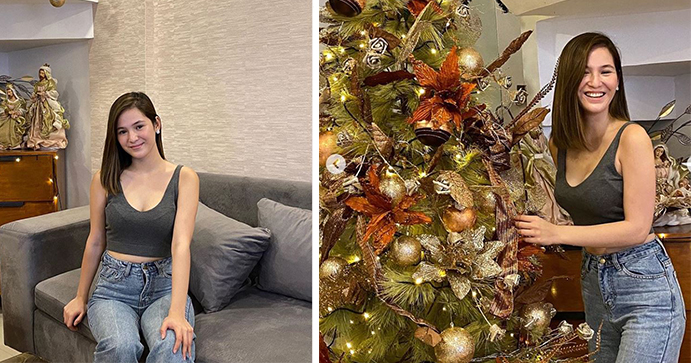 Kapamilya young actress Barbie Imperial recently took to Instagram to share with her 3.9 million followers about her latest achievement.


Last Wednesday, December 18, the “Taiwan That You Love” actress proudly shared on her Instagram account that her longtime dream of owning a house is now a reality. The 21-year-old beautiful actress, together with her mom and brother were all smiling as they posed for a family photo inside their new house.

She began her post, “Dream come true! And I still can’t believe it. Bago matapos ang 2019.. I finally have my own house!”

The young actress who was dubbed inside Pinoy Big Brother’s house as “The Doll along the Riles of Albay” because her family used to live near railway tracks in their hometown in Daraga, Albay, expressed her disbelief on this new blessing that she received just before the year 2019 comes to an end. Barbie went on to thank everyone who made this dream possible, those who believe in her capability since she first appeared on TV as a housemate in the 2017 Pinoy Big Brother: 737 edition, up to all the shows, movies and projects that were given to her over the years. It was last October when the actress revealed in an interview on the show “Magandang Buhay” that she already joined the club of young local celebrities who also ventured into the world of business. She is now a part-owner of the local resto and bar, Tipsy Pig, together with her distant cousin/co-business owner, Marco Gumabao.