Mara Hautea Schnittka or more popularly known as Julia Montes is a Filipina actress of German descent. She started her career as a child actress on television by playing guest roles and starring in Goin’ Bulilit.


Julia rose to fame when she played the role of spoiled Clara del Valle in the remake of Mara Clara in 2010 with Kathryn Bernardo as Mara, following that year, she made her debut film in the family drama Way Back Home. 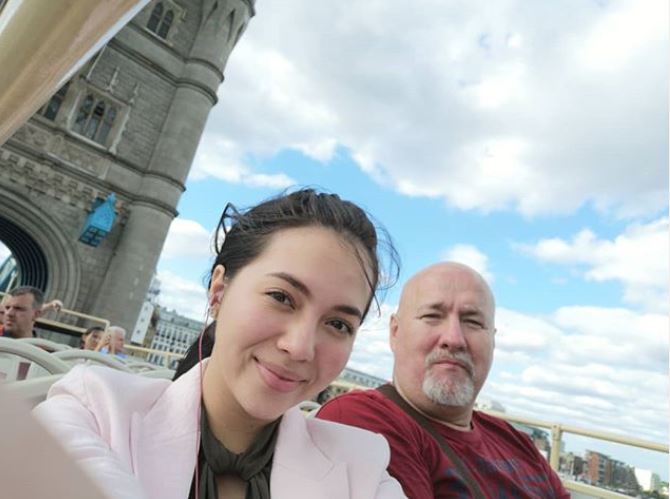 When it comes to her personal life, Julia’s German father, Martin Schnittka reportedly left them when she was young. She was then raised by her disabled (deaf) mother, Gemma Hautea and her grandmother, Flory Hautea. Julia also has two younger brothers named Patrick and Paolo.

The 24-year-old Kapamilya actress received numerous acting awards and recognitions and had also been nominated for his exemplary performances on television series and films. 
But after this TV series, Julia decided to stay away from the limelight for an unknown reason. Because of that, there had been a lot of rumors and issues linking her to “Ang Probinsyano” star Coco Martin. Some also believe that her showbiz absence was allegedly because she was pregnant and later gave birth to her child with rumored boyfriend, Coco Martin. But her management announced that she was just spending time with her father in Germany. It can be seen on some of the photos she shared on her Instagram account that she is really enjoying her time with her father and their relatives in Germany. She even included a photo and a video of her pet dog who was actually deaf. “Trivia this dog is Deaf, that makes him MORE special, ?” she wrote.

Until now, Julia’s fans and supporters are still very excited for her showbiz comeback, with some who can’t help but expressed how much they miss seeing the actress in the big screen again.