The four celebrities were guest performers for this grand Teacher’s Day event attended by nearly 20,000 teachers and audience, who all went wild after seeing the former couples performed on the stage.


On Instagram, Pops Fernandez recently shared a photo showing her and the Megastar together with their former partners, Martin Nievera and Gabby Concepcion.

“And so this happened… The ex-factor,” BTS of #GabayGuro2019,” she wrote on Instagram.

The photo draws ‘kilig’ and cheers on the fans and followers of these celebrities who were all happy to see them performing together again.

In another post, Pops shared a photo with the original Filipina Divas, Kuh Ledesma, Sharon Cuneta, and Zsa-zsa Padilla.

It will be recalled that Sharon and Gabby were previously slated to make a comeback as a love team in for a new movie in 2018, but the project was later canceled due to Concepcion’s hectic schedule. This incident caused a rift between the former couple. 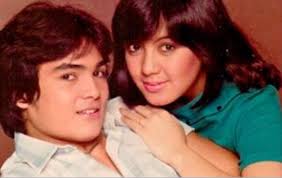 During their performance, the Megastar mentioned that they were supposed to celebrate their 35th year wedding anniversary that day if they did not decide to part ways.


KC or Kristina Cassandra Concepcion is the only child of the couple.

Meanwhile, Pops and Martin are often seen together on TV shows and concerts. They were also tagged as the original Concert King and Concert Queen. 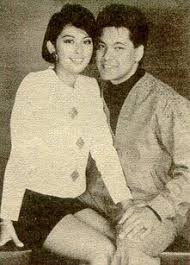 Despite their separation, the two veteran singers managed to build a great friendship and strong bonding with their two children, Robin and Ram.

Last February, Pops even posted a long and sweet birthday greeting for her former husband, “We have surpassed and hurdled a lot … and yet thru it all, we have remained friends… You are such a generous giver and yet sometimes you forget to give to yourself,” part of her message for Martin Nievera says.