On his 54th birthday, Jack Ma, one of the richest people in China, announced that he would step down as executive chairman of the global tech enterprise Alibaba.


Ma, who worked as an English teacher before founding Alibaba, said:

“I think someday, and soon, I’ll go back to teaching. This is something I think I can do much better than being CEO of Alibaba.”

Ma is currently dedicating more of his time and money to building his philanthropic foundation – The Jack Ma Foundation, which was founded in 2014. It is chiefly dedicated to improving China’s education system, particularly in rural areas. Ma plans to remain on Alibaba’s board until 2020 and will pass his executive chairman duties over the next 12 months to chief executive Daniel Zhang who has previously held a variety of senior management positions. Zhang has been with Alibaba for 11 years and according to Ma, the CEO has demonstrated “superb talent, business acumen, and determined leadership.” Of the man named the top CEO by business news media in China, Ma said:

“His analytical mind is unparalleled.”

Ma also said he will pursue lots of other dreams alongside whatever roles he will continue to have at Alibaba. “Those who know me know that I do not like to sit idle. I plan on continuing my role as the founding partner in the Alibaba Partnership and contribute to the work of the partnership.”


Alibaba is the largest e-commerce company in China, with a portfolio ranging from online shopping to cloud computing to food delivery. It reported a total revenue of 158 billion ($23 billion) last fiscal year. Ma currently has a net worth of about $39 billion, Forbes estimated, making him the 20th richest in the world. 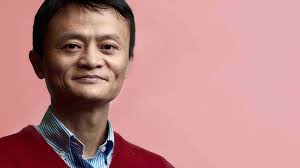 Jack Ma said the company was never meant to revolve around him.

“The one thing I can promise everyone is this: Alibaba was never about Jack Ma, but Jack Ma will forever belong to Alibaba.”