Every person’s profession has its own story and being a seaman or seafarers is no exemption. Filipino seamen or Filipino seafarers are overseas Filipino worker who is sea-based migrant workers.


Seafarers or seamen are tasked to work in the sea, away from their loved ones and from the job far from the usual. They work overseas along with several nationalities. Some seamen or seafarers work for 6 to 8 months and be home in their family for only two months. They sacrifice being away for them just to support their needs or to earn money for their future. Kien Morales Cartagena is a seaman who recently went viral on Facebook after he posted a screenshot photo of his girlfriend’s text message. The message was a revelation of his girlfriend that another man impregnated her while Kien was working onboard the ship. 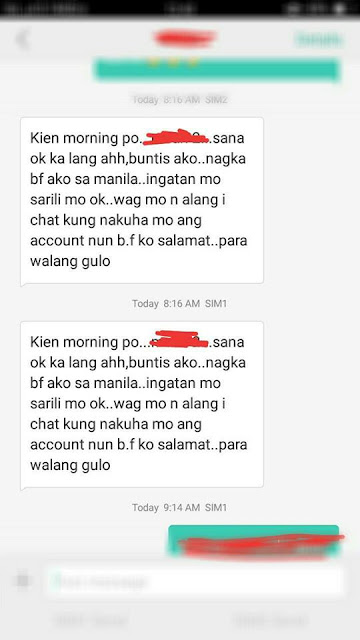 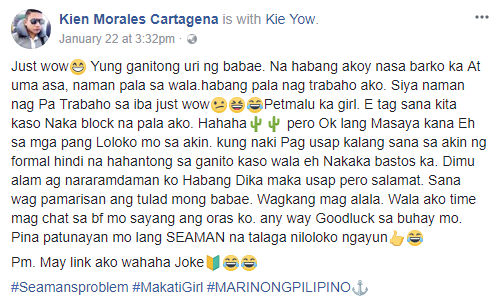 He hopes everyone to not be like her and live with regrets because what she does is not forgiving. At the end of his post, he wishes her luck on her life and jokingly said that:

Cheating is never right in any relationship, and excuses are not acceptable. Even the cheaters endure the negative result of what they do like what happen to Kien’s girlfriend. However, we cannot put all the blame to his girlfriend because we didn’t saw or know her side of the story why he cheated on Kien.