Have you ever heard or saw a dog attending mass every day? Neither had I, but if you go to the town of San Donaci in Italy, you will know and meet this amazing and loyal dog named Tommy.

Tommy was a German Shepherd dog who recently went viral online because it was seen attending church service almost every day. As seen in the picture, Tommy sits quietly in front near the altar while listening to the Priest giving a sermon to the villager. The reason why Tommy always visits the church was because of his owner and all the people in that town know it.


Maria Margherita Lochi, one of the residents in San Donaci, found Tommy in the fields not too far from her home. She adopted Tommy and kept it in her home which they build a strong bond together. 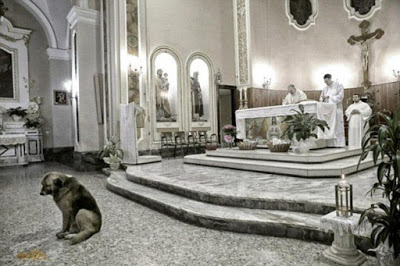 Maria often brings Tommy whenever she goes even at the church when they have to attend a Church service. However, Maria and Tommy’s happy moments didn’t last the long when Maria passed away and left Tommy alone and longing for her. The churchgoers suddenly notice Tommy’s appearance during church service every day and the reason behind it will surely make you shed a tear.

According to them, Tommy last seen his owner Maria in the church during her funeral service and after that Tommy kept going back to church and sat in front of the altar, waiting and hoping in vain for the return of his beloved owner which sadly never came back. 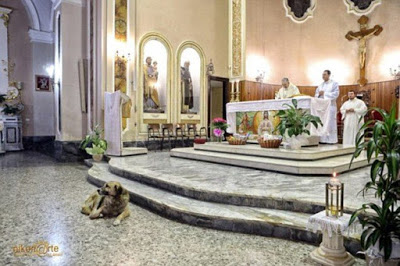 The priest of the church, Father Donato Panna, said that Tommy is always there listening quietly and attentively to him whenever he was in charge of the service that’s why Father Panna let the dog stay inside because he was not a problem to anyone, even other parishioners never complained to him about it.


He even added that Tommy is very well behaved and he doesn’t make a sound that can interrupt his service and other people who also goes to church every day. 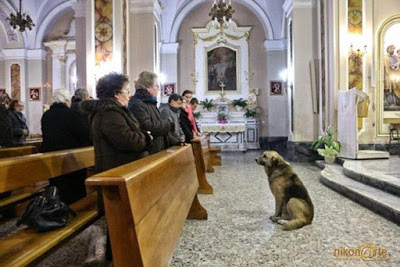 The entire village loves Tommy and even adopted him, fed him, took good care of him, they treated Tommy as their own. They want Tommy to feel their love even though they are not his beloved owner. Tommy’s sad story with his owner was similar to another faithful dog named Hachiko.

The mutual love between the owner and a dog is extraordinary. Dogs have not only offered love and affection, but they also provide loyalty to their human counterpart.

That is why Dogs are called “man’s best friend”, they will be your loyal friend for life. They treat you like how you treated them, if you give love to them, they will definitely give a lot more than you gave them.

If you treat them as a family member, they will treat you as their friend and partner, and they will be forever faithful and true to you until the last beat of their heart.