One of the traditional businesses you can find in agricultural areas in the Philippines is piggery. Some families initially raise pigs in their backyard as a source of food until such time they decide to expand the facility or venture in a piggery business.

The reason why piggery is a highly recommended business is that Filipinos love to eat and meat is one of their comfort food.


On the other hand, the average Filipino eats 35kgs of meat per year of which 15kg is from pork. The consumption of pork was increased up to 60% while 27% goes to chicken consumption regarding livestock production.

Why do Filipinos prefer pork over other sources of meat?

Only a few people know that pork can be served healthier than usual such as roasted pork loin, grilled butterfly pork chops and ground pork as chili con carne. With proper slicing and by following correct cooking procedure, your pork will be much tastier and delicious. How? Cook the meat without removing the fat to ensure juiciness then slice it off before eating.

Native pigs are much better to raise compared to commercially grown pigs because it has lesser cholesterol.

The success of the livestock industry has bloomed over the years with almost 3.25% growth or an estimate of 61 billion pesos. Piggery has the highest contribution of 3.76% in the industry. 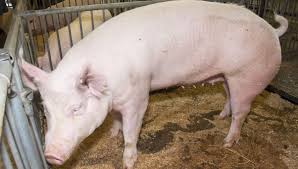 Risks of a Piggery Business

Many stories circulated years ago about people getting sick after eating pork. This led the business owners to dispose of thousands of pigs to prevent contamination of livestock.

Some of the factors that can cause diseases to pigs are:

Have a contingency fund to be used when there is a contamination of disease.

Livelihood in places like Ilocos, the Cagayan Valley, Central Luzon and the Cordillera regions were affected when typhoon Lando landed and destroyed 517,000 pesos worth of livestock.

Regular feeding is necessary to ensure the quality and size of the pig. However, due to the high price increase of the feeds, the profit margin is also affected. The importation of 62, 000 tons of pork from the US and Canada in 2013 had proved this because commercial pigs raised locally became too expensive. Root crops such as cassava, camote, corn, and corn by-products can be utilized as food alternative. Consider a veterinarian as part of your investment to add value to your piggery. It is costly. However, this plays a vital role to prevent diseases among the pigs.


Determining Your Business Set Up

There are two (2) approaches to start your piggery business:

The first approach is to purchase starter pigs. It usually weighs 12kgs – 20kgs that costs 1,600 – 2,000pesos per head. After three months, you can now sell your fully grown well-developed pigs. The second one is by breeding. You acquire a sow that costs 12,000pesos and will give birth after 114days.

As a matter of fact, most people will choose the first approach mainly because the feeding time is shorter and facility expense is reduced. This is advantageous on the part of the owner. Unlike in pig breeding, you can sell your pigs right away.

However, in order to succeed, you have to consider your market demand. Usually, the demand increases during the months of November to February. That’s the perfect time to dispose of your fully grown pigs. Just a tip: You should acquire starter pigs beginning August.

Business Requirements for a Piggery

Here are the legal requirements upon formation of piggery business:

1. Business Name Registration – The name and location of the business should be registered in the Department of Trade and Industry, this is valid for 5 years.

2. Barangay Clearance – Get a clearance from the barangay.

3. Mayor’s Permit and License and Sanitary Permit – Have licensed and permit to legalize your business operations, this is renewable every year.

4. Tax Identification Number (TIN) – Get your TIN in the Bureau of Internal Revenue (BIR) office.

5. Environmental Compliance Certificate – There are possible risks of raising pigs. Hence, compliance with the guidelines is observed. Get your copy in the office of the Department of Environment and Natural Resources (DENR).


Location Requirements of a Piggery Business

I had this experience way back in 1995 while driving along EDSA at 9 pm, I smelled something horrible! As I was looking around wondering where the smell is coming from, I’ve seen a six-wheeler truck dumping its wastes along the highway! Everybody was enraged and started blowing their horns. The following morning, I was shocked after seeing my car covered with nasty fluid with a terrible smell. I went to the carwash shop immediately to have my car cleaned up.

It was 6 pm when I heard the news about the tragedy that happened along EDSA last night. Apparently, the truck was stopped along Commonwealth Avenue in Quezon City then the police arrested the owner of the piggery.

Every business carries environmental risks especially in the piggery, that’s why proper waste disposal and sanitation should be observed and practiced. A clean pen will protect the pigs from contamination of various diseases.

The location should be considered when venturing into piggery business. It is much better to construct your pens in elevated areas to avoid the flood.


Constructing Housing for the Pigs

Greg, my dad’s driver, has a piggery business. While I was working at my dad’s ship-staffing agency, Greg would always give us a roasted pig or lechon whenever there is a celebration, especially during the Christmas party. Unfortunately, it was in 2006 when a typhoon landed in his province, and Greg lost his piggery business. The pens were destroyed and drowned all his pigs. It was such a horrible experience that he decided to never come back to piggery business again.

Construction of pig pens is very crucial. If you wish to have a concrete pig house, make sure it is stable, sturdy and regularly sanitized. Use concrete flooring for easy cleaning because pigs are highly susceptible to diseases and parasites. It is recommended that you must have two separate pens for isolation of a certain pig which has been infected with a disease. Here’s a tip: buy only pigs that have been immunized for hog cholera and swine plague.

Also, concrete floors should not be too rough and too smooth! It may cause foot injuries that may lead to bacterial contamination. A strong shelter is advised especially when your area is prone to typhoons and well-constructed drainage system. However, pens made of bamboo or nipa should implement a regular cleaning schedule.

Consider a high quality feeds to ensure the health of the piglets and the quality of the meat. You have 3 to 4 months to raise them and sell it in the market afterward.

The ration changes at different growth stages and should be done gradually to allow a natural transition in the feeding behavior of the pigs.

Here is a typical feeding schedule you should know:

Environmental Factors and Issues with the Piggery Business

Venturing in piggery business will guarantee you of a profit provided that you are knowledgeable and with good managing skills. However, there are many factors to consider first upon entering the business.

Gas emissions and waste products, for example, could contaminate groundwater safety and quality. It also elicits unpleasant smell that disturbs nearby residents if neglected. Proper waste disposal should be taken on an account. Among the gasses produced by a piggery business include ammonia, carbon dioxide, methane, and nitrous oxide. These gasses except methane were identified as contributors to global warming. With the intervention of new technology, researchers developed ways to convert waste products into usable ones such as biogas fertilizers.

You should have enough time before engaging in piggery business. You need to check ventilation, facilities, food supplies, sanitation and conditions of the pigs. If you cannot be there full-time, hire someone you can trust to inspect and manage your piggery business.

The possibility of theft is the main concern for piggery business owners. Always have an inventory of your pigs, feeds, other supplies and emphasize accountability to everyone who works in the piggery.

If you can get the right location to support operations and take all the necessary precautions to ensure the health of the pigs, a piggery business could be a long-term, financially- rewarding enterprise for you.