Marie Rachel Salman Taleon-Lagdameo aka Dawn Zulueta in Showbiz Industry, born March 4, 1969. She is one of Philippine’s promising actress, stunning commercial model, and a television host.

She has one of a kind outstanding achievement that a Filipino actress had, she won Best Actress on FAMAS (Filipino Academy of Movies Arts and Sciences) Awards in the film Hihintayin Kita Sa Langit and at the same time won Best Supporting Actress in Una Kang Naging Akin in 1991.


She also got another title as Best Supporting Actress given by Film Academy of the Philippines for Una Kang Naging Akin. And another prestigious award by Guillermo Mendoza Memorial Foundation Entertainment Award for the film Maggie Dela Riva Story being the highest earning film in 1994 and titled as the Box Office Queen as she said, God, Why Me?

Zulueta is the only individual ever to reach the top and receive one of a kind awards in a solitary event for being the Best Actress and Best Supporting Actress in FAMAS Awards in 1991. She also played one of the superior cast in a stage musical, A Litlle Night Music in 2010 and the following year, she has the role of Magda, was played by Jaclyn Jose originally in Mula Sa Puso, a remake and served as her comeback show in the showbiz industry.

She is a wife and happily married to Mr. Antonio Lagdameo Jr. having two children.

Before, she was living in one of the high-rise condo units in Makati with Anton and their children, named Jacobo and Ayisha and later transferred to a more comfortable house in the same location. While a lot of celebrities love new generation styles in their homes, the couple chose to have a classic look and pre-loved house types of furniture.


Chito Antonio, their chosen interior designer, and architect greatly helped the couple made a captivating three-bedroom home filled with beautiful decorations and with a strong-vivid appearance making it more attractive to their future guests.

A sophisticated entryway gives possible ideas to guests what it looks like inside of the living room area. An old desk detailed with ornaments in a dark wood finish will also be seen on the passageway. It has also paired with an elegant mirror and designed frames on the walls. 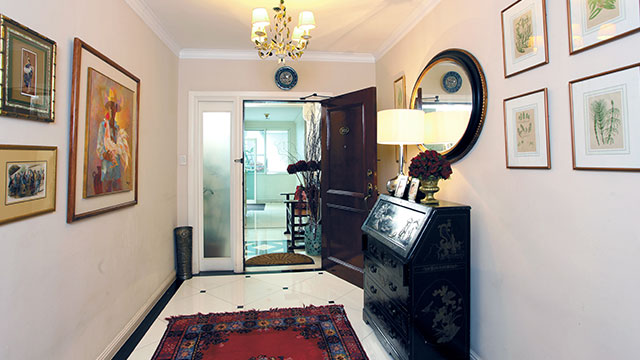 An excellent part of having the escritoire is that it holds frames photographs or pictures that can help the place be alive and exciting. 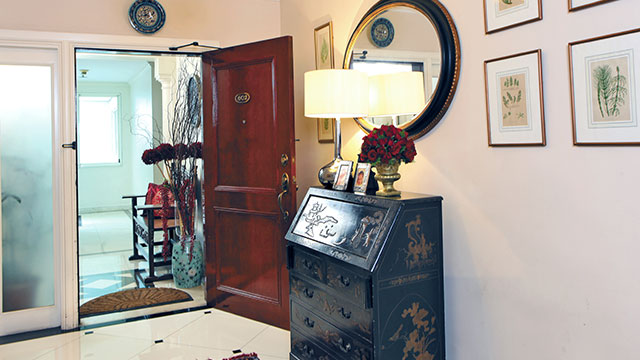 To complete the arrangements, Dawn put up some vases of flowers, portraits, and lanterns. It’s up to you how you can combine colors and ornaments too. Don’t forget that the entrance is the first touch of visitors and guests’ eyes and it will mark to them and made the saying “first impressions lasts.”

And when the time it is filmed to broadcast, the house was already prepared for the coming festivity. The area was accompanied by a Christmas tree with decors around with a touch of maroon, a cream couch and a large footrest that serves as a coffee table. 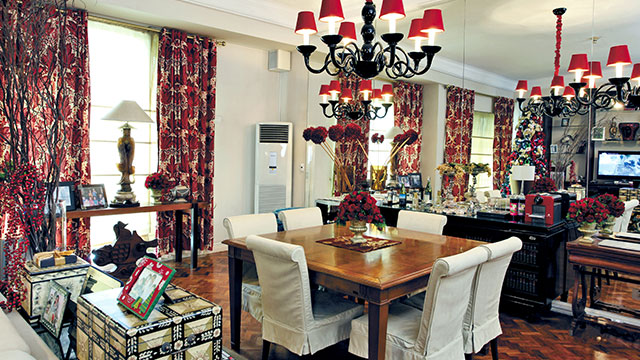 Some parts of the living room were designed by Dawn’s husband Anton such as the comfortable entertainment area where TV and other compiled decors and pictures are seen. 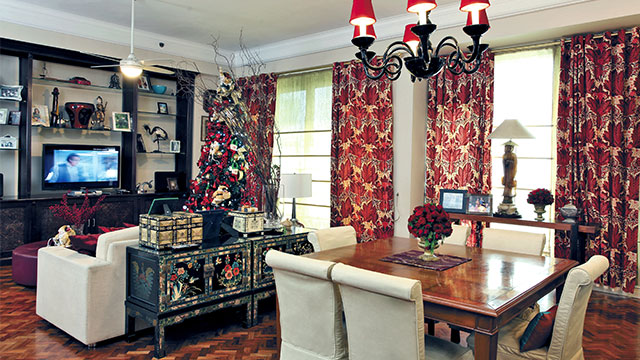 In spite of the fact that it was a three-bedroom house, it is more important to the couple to use spaces the best of what they can place to make it more impressive. As an alternative, the put couch and flowery designed chests that coordinate style from one another. In accordance with this, they can still look or see the television on the other side and talk to their guests.

Let us not be misled by the six-seater dining table, where it can be extended and can be sufficient for an additional two extra visitor. The couple, Dawn and Anton are fond of accommodating and they likely to use the house’s space in a relaxed and friendly manner entertaining their valued guests. A dazzling chandelier with small lanterns hangs above the dining set. 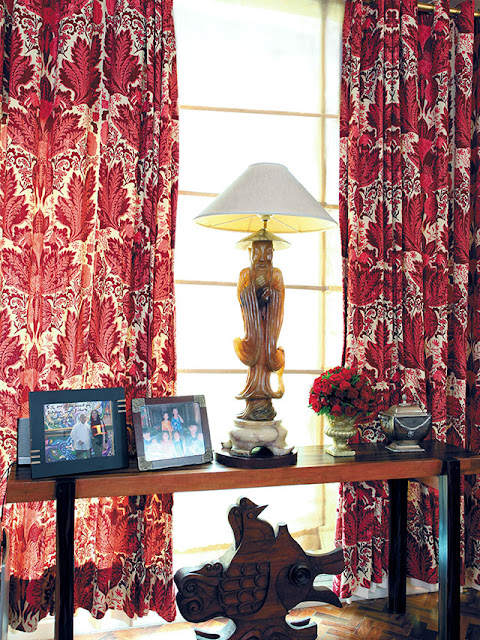 A nice and solace table by the window in the area has one of a king lamp made and carved from marble. Beneath the table is a Sarimanok designed wooden piece made by Abdulmari Imao, one of the sculptors known in National Artists for the Visual Arts. 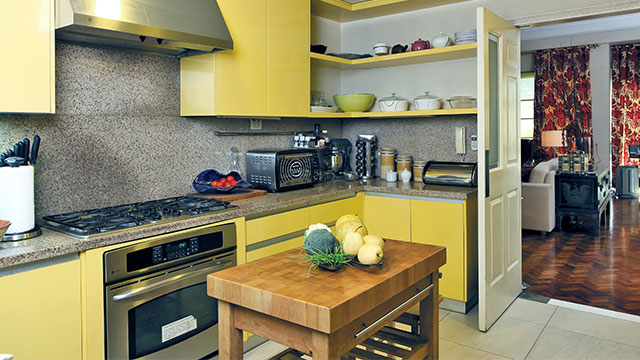 Because the couple loves to cook, they provided a brilliant space for the kitchen. Coordinated and dazzled by light yellow colored cabinets and countertop table with a touch of gray as the background color. Steel equipments used for cooking helps a lot to prepare foods easier.

The wooden table also catches us at the center which can be extended-doesn’t serve as a table for food preparation but also contributes coziness to the place.