The sinking of RMS Titanic on April 15, 1912, was a defining event of the first half of the 20th century, and the heroic to tragic survivor stories from the doomed ship’s demise continue to haunt and fascinate us today.

Of the estimated 2,224 passengers and crew aboard the Titanic on that fateful day, some 1,500 died in the cold waters of the North Atlantic. A mere 700 people lived on, solely due to the bravery and quick thinking of Captain Rostron.


Many of these survivors were hesitant to talk about what they had experienced aboard. However, some did speak out. These are some of the most powerful survivor stories from the Titanic:

Michel Navratil had two sons with his wife, Marcelle Caretto – Michel Jr. and Edmond. In 1912, Navratil believed that Marcelle was having an affair and during a weekend apart, decided to their sons to America. Buying a second-class ticket for the Titanic, he took them on the ship under the alias Louis M. Hoffman. On that fateful night, Navratil was able to get the boys aboard a lifeboat. Michel Jr. later recounted that just before placing him in the boat, his father gave him a final message:


“My child, when your mother comes for you, as she surely will, tell her that I loved her dearly and still do. Tell her I expected her to follow us so that we might all live happily together in the peace and freedom of the New World.” Soon after, Michel Navratil died in the disaster. His sons, however, survived. Following the wreck, the Navratil orphans stayed in New York until their mother recognized them from newspaper photos and was able to reunite with them on May 16, more than a month after the ship sank.

The Titanic had two sister ships, one of which also sank and another that was involved in two devastating collisions yet managed to stay afloat. An ocean liner stewardess, Violet Jessop, was unlucky enough to have been aboard all three ships as they met with disaster, yet lucky enough to have survived all three. Jessop retired from her maritime career in 1950 with the nickname “Miss Unsinkable” and died of congestive heart failure in 1971 at age of 83. As one of the ship’s lookouts, Frederick Fleet was one of the first two people to spot the iceberg and then proclaim “Iceberg! Right ahead!” After the collision, Fleet manned one of the lifeboats and got many others to safety.

But after returning to land, his welcome wasn’t always warm. He endured many interrogations to determine whether or not the disaster could have been avoided and always insisted that he could have prevented it if he’d just had binoculars. As he reached old age, he suffered from depression and ultimately klled himself in 1965.

The only Japanese person aboard the Titanic, Masabumi Hosono ultimately endured the scorn of his countrymen for taking a spot on a lifeboat and not going down with the ship. As the ship sank, Hosono stood aboard the deck and wrestled with the decision as to whether or not he should attempt to board a lifeboat. Eventually, after another man jumped into a boat, Hosono took advantage of the fact that nearby crewmen were distracted and snuck into a boat himself. After making it back to land, Hosono reportedly lost his job, suffered ridicule in the press, and served as a source of shame for his family even after his death in 1997.

As the lifeboats were launched, officer Charles Lightoller observed the “women and children first” rule so aggressively that he sometimes let lifeboats go into the water with empty seats rather than let any men occupy those seats. 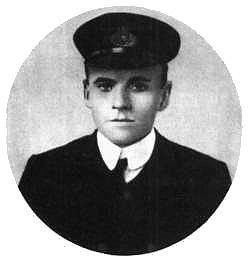 Finally, at the bitter end, when no lifeboats were left, Lightoller was dragged underwater only to be blown to the surface when the ship’s boiler exploded. Afterward, he clung to an overturned collapsible boat and survived the night clinging to its slick surface.

Taking a break from his position as a teacher at the Dulwich College in England, Lawrence Beesley boarded the Titanic at Southampton with a second-class ticket. At the time of the collision, Beesley was in his room but soon managed to make it to the deck where he boarded a lifeboat. Following his rescue, he wrote about his experience in ‘The Loss of the SS Titanic,’ published just nine weeks after the disaster. More than four decades later, during the making of the 1958 Titanic film, A Night to Remember, Beesley famously crashed the set during the sinking scene hoping to “go down with the ship,” but was removed by the director.

After starring in a string of movies, Dorothy Gibson and her mother, Pauline, took a trip to Europe – but after a few weeks, she was called back to America by the studio to start working on a new series of films. They booked their tickets on the maiden voyage of the RMS Titanic and boarded at Cherbourg on 10th April. They managed to escape from the sinking ship on the first lifeboat launched. A mere five days after the disaster happened, Dorothy re-enacted it when she starred in the silent movie called ‘Saved From The Titanic.’ The film was hugely successful and the first of many hit films about the sinking.

It is hard for us now to imagine the terrors of that night and the emotional damage it caused to those who survived.